As I was preparing to leave for a trip to Italy, my younger cousin Shannon experienced separation anxiety.  I took her outside and pointed to the moon. I asked her to look up at it each night while I was gone so that we’d be together, sharing the same moon.

Later, while dating my husband-to-be, Lou, he’d often point out the bright nebulae, stars, constellations, and planets at night. When we bought our home, he purchased a Meade 16-inch Newtonian Reflector telescope. He gifted me, the neighbors, and my family the dazzling experience of the night sky. I realized then, I’d never really looked up that much. Lou’s contagious enthusiasm for space and astronomy made my world expansive and so much larger.

On a trip to Florida, in our limited time, I’d looked forward to visiting galleries and museums. Lou persuaded me to take a tour of the Kennedy Space Center instead, which I agreed to, reluctantly. We saw the control center, film footage, and other points of interest.

And then it happened. A massive door slid open revealing the Saturn V rocket. Overcome, I instantly fell to my knees. Weeping, I murmured This is the opposite of the word NO. The enormity of it, the faith that this ship could lift off into space like a falcon through roiling clouds was incredibly powerful.

If I ever get a tattoo, it will be the Saturn V. The impact of seeing this super-heavy, 6.2 million pound, 363-foot tall launch-lift rocket, designed to explore the moon, has never left me—an abiding symbol for hope. 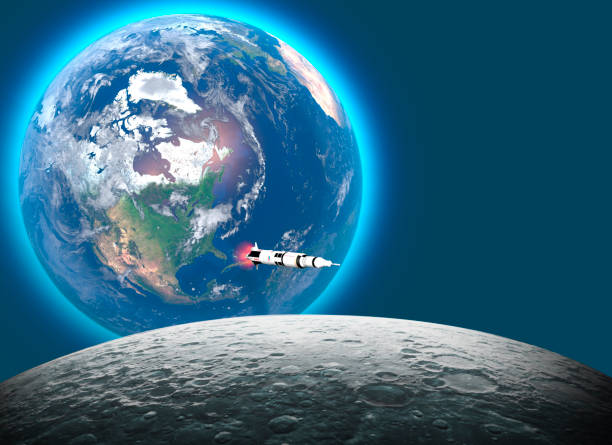